Hancy and I have drank A LOT of non alcoholic beers over the past couple years since his seizure. It took some thought BUT we have compiled a list of the BEST NA BEERS! You may be thinking, I thought there was only O’Douls… well think again! There are TONS! Now, we have not tried every non alcoholic beer in the world BUT we have tried a lot of the ones that are available to the masses in the United States.

For me, I love the fact that you feel like you are drinking BUT yet you can still be productive. I always quit drinking alcohol the month leading up to my powerlifting meet to make sure that I am in TIP TOP shape. Usually it is very difficult to do because I love having a cold beverage at the end of a long day. Well with all of these non-alcoholic beer discoveries, it has not been hard at all! I would even say it was easy!  A GREAT thing about non alcoholic beer is not having a hangover!! SCORE! However, I would say the best part of non-alcoholic beer is that you can do ANYTHING you want after having one. You can drive, you can work, you can stay up all night, sky is the limit!

WHAT ARE NEAR BEERS?

You may (or may not) have heard non alcoholic beers called near beers. A near beer is anything with .5 or less alcohol by volume (abv). So near beers, non alcoholic, NA beer are all basically terms for the same thing. They are all beers with somewhere between 0.0 and 0.5 abv. 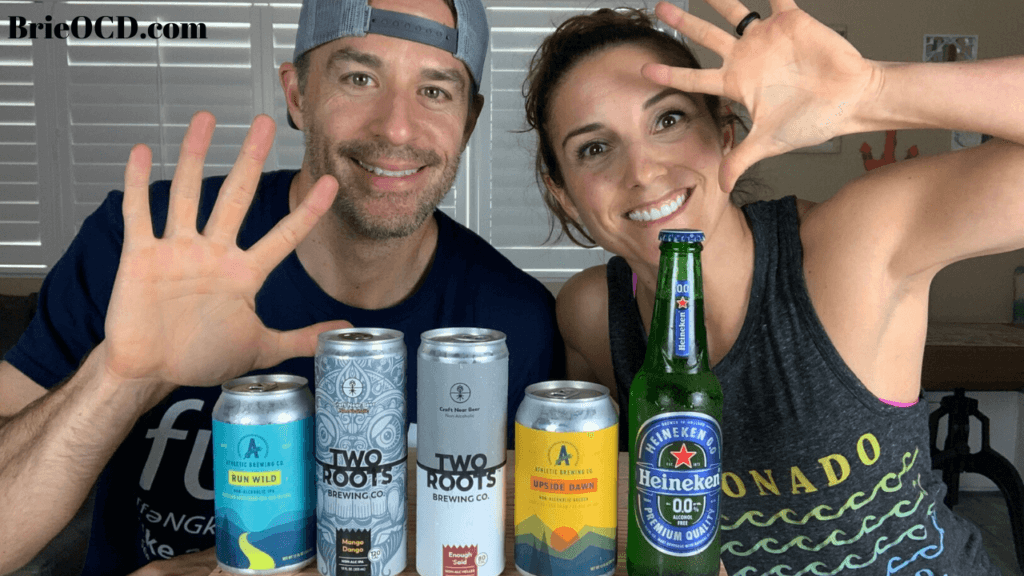 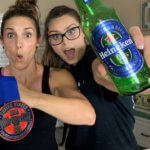 Coming in at #5 is Heineken’s 0.0! With only 69 calories and 16 carbs this beer is the most readily available no matter where you are! You can find it at the local supermarket, liquor stores and even in most places internationally. It costs about 8.99/6 pack and is light, crisp, refreshing and tastes a lot like regular Heineken! Best news is it is 0.0 so even if you are pregnant you can enjoy this beer!

Coming in at #4 is Athletic Brewing Upside Dawn from Connecticut! This  is actually the first NA beer I tried (along with the stout and IPA) and it totally changed the game for me. In the past, when I heard non alcoholic beer I only would think about O’Douls until these came into my life. These beers single handedly opened up my world to all of the other NA options out there! ok back to the beer! LOL. This golden ale is light and refreshing. It has earthy & floral notes, with a light hop finish.  It is < .5 abv, only 50 calories and 11g of carbs.  You can buy this beer online at Athleticbrewing.com (use code BRIEH20 for 20% off your first order) or at nacraftbeverages.com for 12.99 6pk. They also sell it in a lot of liquor stores and grocery stores on the East Coast. They are building their 2nd brewery as we speak in San Diego (yahoo!) so I am sure distribution is going to skyrocket on the West Coast after that is up and running!

*Free shipping at Athleticbrewing.com when you buy two 6 packs. Use code BRIEH20 for 20% off your first order. 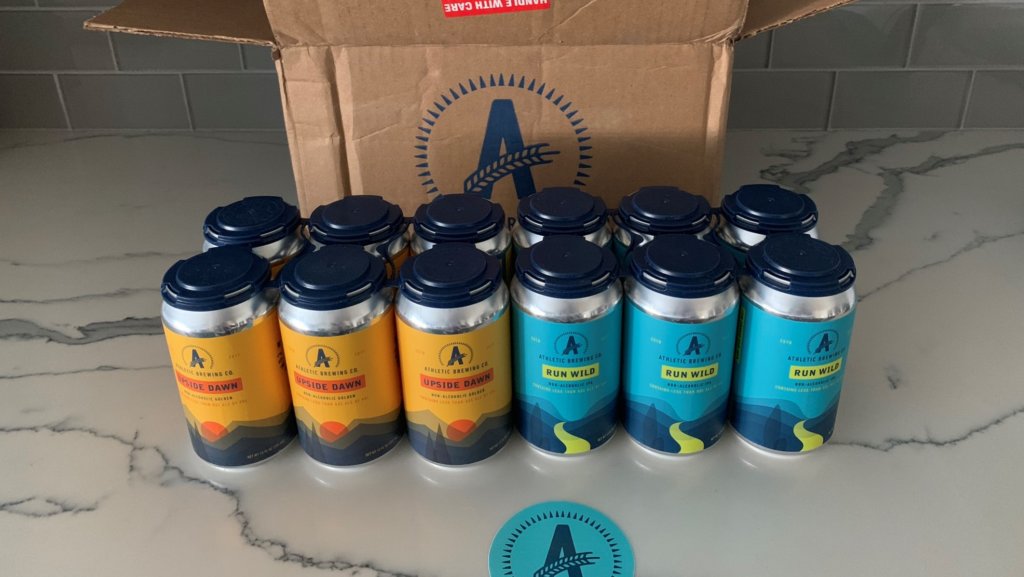 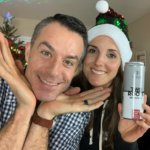 Coming in at #3 is Two Roots Brewing Enough Said! It is a German Helles style lager and is an award winner! It won first place at the Great American Beer Festival in Denver Colorado. Best news (for me) is that it is a local San Diego Brewery! Originally they only focused on alcoholic and cannabis infused beer but then realized that there is a market for near beer and are crushing that game as well! It is a very aromatic, hoppy beer with a little bit of sweetness from the malt. It is < .5 abv and has 80 calories and 18 carbs per can. Currently distribution is limited outside of CA BUT they are planning on expanding distribution exponentially in 2020. As of right now, you can buy it exclusively at Bevmo.com for 11.99 a 6pk. The whole line of Two Roots is worth trying BUT I have to say this one gets me excited every time I think about drinking it! 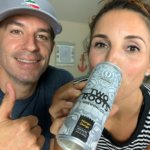 Coming in at #2 on the charts is Two Roots Mango Dango! The first thing I said when I took my first sip of this beer was… “I could pound this!”. It is so tasty and different from the other NA beers and just downright delicious! The can is super cool with custom art on it, is < .5 abv and has a hazy dark yellow complexion. It has delicate fruit aromas and subtle hints of mango with a hop finish. The only downside in my opinion is that it is way higher in calories and carbs than the rest of the pack, coming in at 120 calories and 28g carbs. That is pretty steep when you aren’t getting any alcohol out of the deal LOL. You can buy this exclusively at Bevmo.com for somewhere between 11.99-13.99 a 6pk.

and Your number one Non Alcoholic beer is….. DRUM ROLL PLEASE!!

Topping the charts at #1 is Athletic Brewing’s Run Wild IPA! This is the most consistent, readily available craft NA beer and is delicious! It is one of my first loves and has remained that way since the first sip. Hailing from Connecticut, this beer is  .5 abv with 70 calories and 14g carbs. It is brewed with 5 northwest hops and is refreshing every time! It has a bitterness from the hops but is balanced out by the malt. You can buy this beer online at Athleticbrewing.com (use code BRIEH20 for 20% off your first order) or at nacraftbeverages.com for 12.99 6pk. It is deeeeeelicious and I cannot wait for the San Diego brewery to be up and running!

*Free shipping at Athleticbrewing.com when you buy two 6 packs. Use code BRIEH20 for 20% off your first order.

Some other NA beers that we love that didn’t make the top 5 are as follows! Bravus Brewing Raspberry Gose. (click here for Rasp Gose YT review) This is truly different than other any NA! It is super light, refreshing and perfect for a summer day! Another really tasty NA beer is Wellbeing Brewing Hellraiser Dark Amber. (click here for Hellraiser YT Review) I don’t usually like amber beers BUT this one is truly delicious! My husband also loves Athletic Brewing Hometown Harvest (its not my fave) BUT the problem is it’s limited edition so you can never get your hands on it! (click here for Rasp Gose YT review)