All PostsDiscoverTravelHome / All Posts / Maryland and Rhode Island Update! 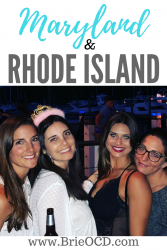 My sister was born July 8, 1978. If you do the math, that means she just turned 40!! When my brother-in-law asked me if I would go home to Rhode Island for her surprise birthday I said YES!

My husband and I usually fly Southwest Airlines into PVD. This past year we earned the companion pass which means I fly for FREE! There are no direct flights into Providence (you really fly into the city of Warwick, I am not sure why they say it’s Providence) and the layover is usually in Baltimore, MD. Coincidentally, my husbands best friend from childhood lives there so we figured why not stop there on the way to RI!

BALTIMORE FOR THE 4TH!

We arrived in Maryland the night before the 4th of July. We got in and headed to Jonesy and Lindsey’s new house. It was gorgeous. We caught up with each others lives over pizza and beer and pizza and hit the hay around 1am.

On 4th of July we went for lunch at The Boatyard in Annapolis and had some Maryland Crab Cakes! After that we went over to Pusser’s for more drinks on the dock. The ambiance and company was amazing, however it was 105 degrees + humidity so needless to say I had swass and was ready to head back to their pool!

We relaxed by the community pool for the rest of the day with their little boy Jackson and just took it easy. We managed to sneak in a couple fireworks that people were lighting off of their docks later that night while simultaneously walking the neighborhood looking for a lost dog named Maverick (spoiler alert – the dog was found at 3am).

We hit up the YMCA while in B-More and then headed further East to Lil Rhody! Jaime’s party wasn’t until Saturday so we had to hide out for the next 2 days.  My parents picked us up at the airport and we went for pizza at Frank & John’s Pizza in East Greenwich. It was just ok. I probably wouldn’t go there again. (for those of you that don’t know, RI has amazing food, so an alright experience doesn’t warrant another try!)

The next day we headed to Andrea’s in Portsmouth, RI. It was pouring! The windshield wipers were terrible in my mother’s car and we hit a rock or something. We got a flat tire!! We spent the next hour getting it fixed. We finally got to Andreas, spent some quality time with her and the kids and had pizza and beer!

If you haven’t noticed, there’s definitely a common theme here… pizza and beer.

We headed to Mary’s in Massachusetts after that to spend the night (still hiding out). We had some green chef meals and wine and just caught up on everything. The next day we got gourmet doughnuts from Rocco’s (why are there so many east coasters named Rocco?) and then Hancy and I headed to East Side Pockets on Thayer street. OMGEEEEE still as delicious as I remember. So dang good!!

Now it was GO TIME!! It was Saturday night…. The Party!! My sister and family went out for her Birthday dinner while I rallied the troops back at her house. We surprised her outside Benvenuto Restaurant. The entire bus was a surprise and then Hancy and I were the double surprise! So good!!

We all headed in the party bus (it was more like a retirement bus) to Blu in East Greenwich and then to O’Briens in Newport. It was a great night filled with beer, laughs and dancing!

The next day my dad and mom came to my sisters and cooked us breakfast. A lot of folks were hurting except me, my sister and Hancy. My cousins came over and we had some beers and went Avvio in Garden City for lunch.

The next couple days were spent with my family playing Farkel, drinking beer and wine, watching the Bachelorette and just enjoying each other. I had the best Italian food at Lou Umberto’s Italian Kitchen in Cranston. The meatball sub and pizza were DELICIOUS! I highly recommend! My niece spent a bunch of time with us and we had fun riding around in my mom’s Jeep topless (get your mind out of the gutter, the car was topless!) and dancing to Drake’s In my Feelings (see YouTube Video below or by clicking here). 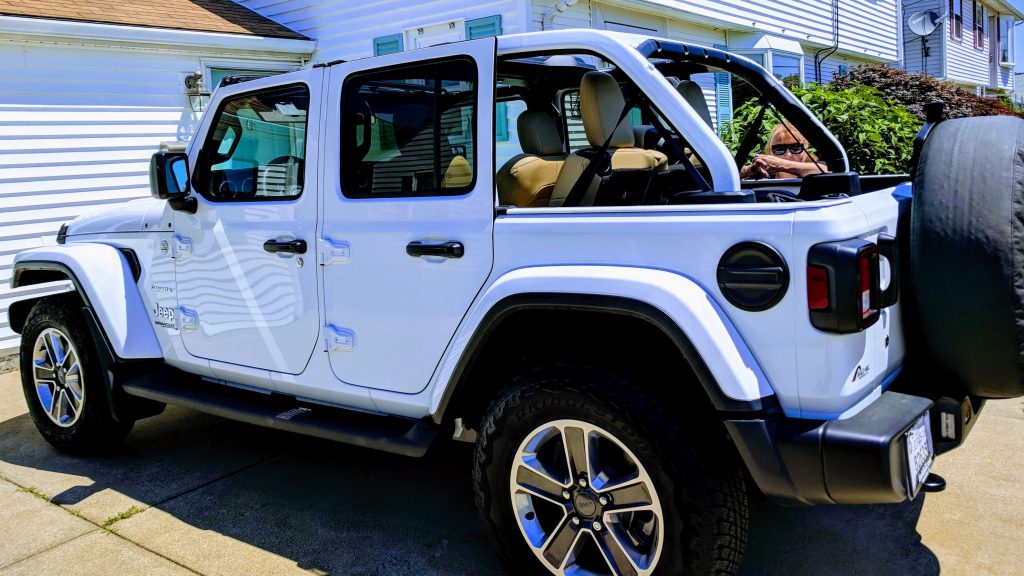 Overall it was an amazing time spent with family. As I get older I do less gallivanting and spend more time at home with my family. I had an amazing time watching crappy reality TV (and hallmark movies) with my mother, drinking beer and playing games with my dad and niece and partying and chilling with my sis, bro-in-law and nephew. I also was fortunate to see my grandmother, aunts, uncles and cousins.

I wouldn’t trade this trip and time spent with loved ones for the world!